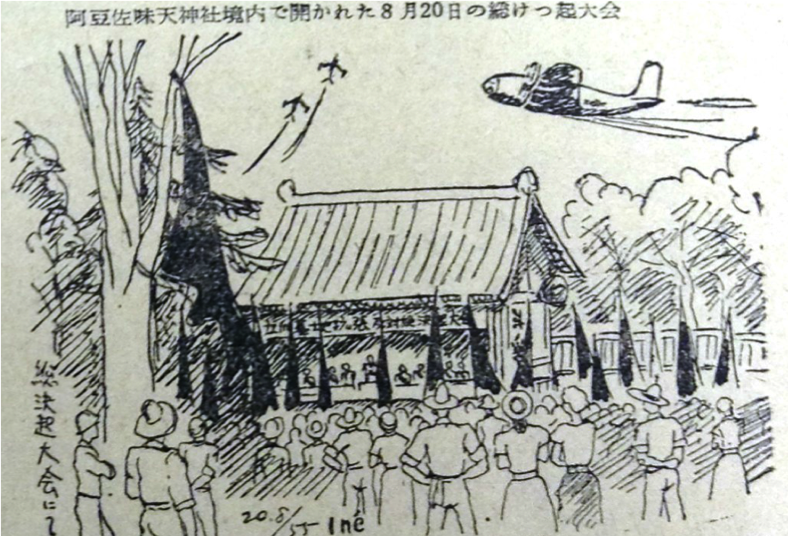 Sketch of a massive rally at the Azusami-suitengu Shrine in Sunagawa, August 20, 1955. U.S. warplanes blast over the rally, which was held just days before incredibly violent clashes between local farmers and police who were sent in with the base surveying crew. Source: New Woman (新女性), November 1955. 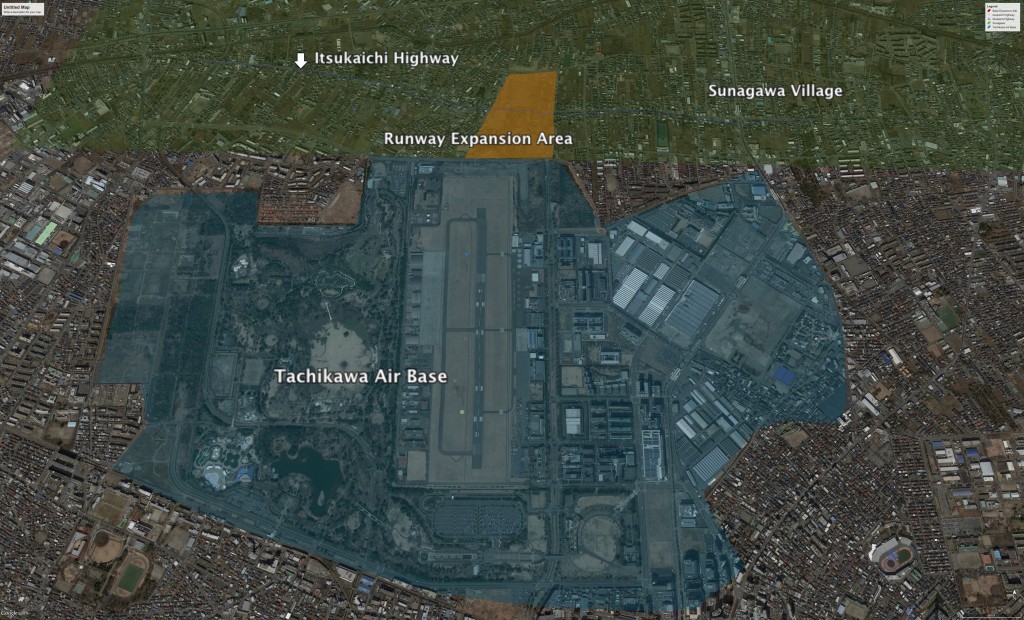 Tachikawa today. Google Earth is a useful tool for visualizing the immensity of the former U.S. base and the proposed runway expansion area into Sunagawa.