Last week, I wrapped up the final session of my course, “U.S. Bases and Social Movements in Asia.” As a senior seminar course, where the classroom is a space for discussion rather than lecture, students wrote a 25-page graduation thesis as part of their work. I’ll have more to say about the class later on; for the time being, I’m sitting back and reflecting on both the course and the research projects that students chose to pursue (the exploitation of sex workers in Japan and Korea; the historical narratives surrounding the Mauna Kea telescope controversy in Hawai’i; nuclear testing and climate change in the Marshall Islands; basetowns in the Philippines; the legal framework of the status of forces agreements in Japan; the evolving raison d’état for U.S. bases in Turkey, etc). I have come out of the seminar more energized than ever about the subject.

Our last class was a real treat. Filmmaker John Junkerman came to our seminar to chat with us about his latest, Okinawa: The Afterburn/沖縄、うりずんの雨). The film joins other recent documentaries on Okinawa, including filmmaker Mikami Chie’s We Shall Overcome/戦場ぬ止み and The Targeted Village/標的の村 (both of which I was lucky to watch at the very cool Pole Pole Theater/ポレポレ東中野 in Higashi-Nakano). All of these films are useful tools for teaching Okinawa as both a beautiful and deeply complicated place, but one that is also constantly struggling under militarism. As Okinawa: The Afterburn so aptly demonstrates, the current base condition in Okinawa is built upon layers of war memory and American occupation that simply cannot be overlooked. They are embedded into the very fabric of Okinawan experience. This is not to say that Okinawa is not a dynamic space with dynamic people, but simply that Okinawa’s modern history is very surface at the surface of Okinawan experience today.

After the seminar discussion, we headed over to a larger screening of the film that was open to the entire community. Co-sponsored by The Gail Project, the screening had an excellent turnout and a vibrant Q&A session, which I happily facilitated. Our deepest thanks to John for stopping by Santa Cruz during his busy U.S. screening tour! 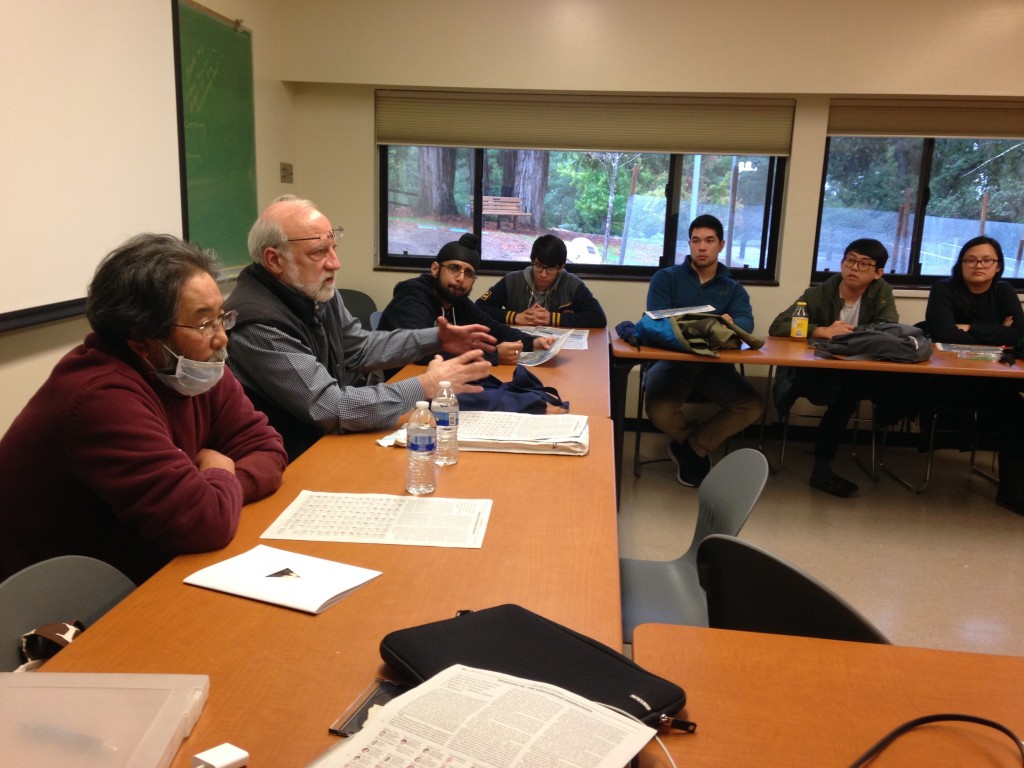 Filmmaker John Junkerman spoke to members of my “U.S. Bases and Social Movements in Asia” senior seminar during the last week of class. 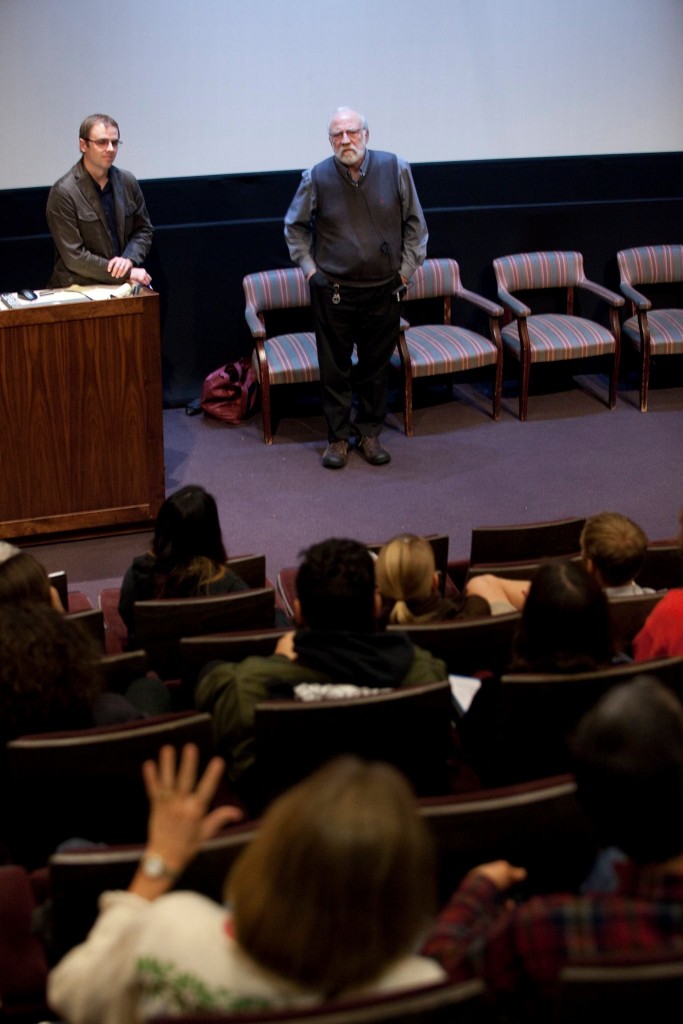 Q&A after we screened the film for the entire campus. Great turnout! (Photo courtesy Tosh Tanaka and The Gail Project)

And since I’m feeling nostalgic, here’s a picture of me last June 23 (the 70th anniversary of the end of the Battle of Okinawa) getting ready to watch Mikami Chie’s 戦場ぬ止み.